Photosynthesis is a process where green plants use light energy, carbon dioxide, and water to produce glucose, oxygen and water. In short, light energy is converted into chemical energy (the glucose) for use in the plants.

The reaction for photosynthesis is as follows:

The reaction is often reduced to:

The reaction is represented in the following diagram: 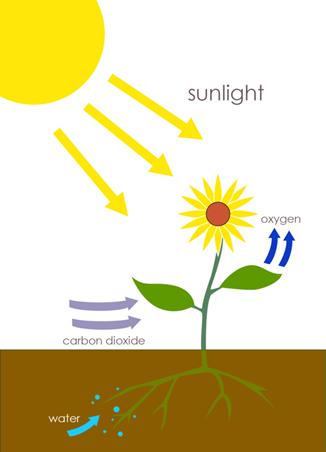 The light from the sun is absorbed into the leaves of the plants by way of chlorophyll. It is then combined with the water absorbed through the soil and carbon dioxide to produce glucose and oxygen. The oxygen is released into the atmosphere, while the glucose is used as energy for the plant.